Writers these days have seemingly infinite sources of material at their disposal. In the early days of a manuscript I can plough these fields from dawn to dusk (often suffering an aftermath of dehydration and screen-stroke as a result). But there are jewels, lost translations and interpretations of myths, buried in archives. For these Eureka moments I’m indebted. Most of all I am grateful for the encounters I’ve had within other cultures and landscapes. A kind of resonance happens inside these experiences. Below are several enduring sources of inspiration.

My home is sandwiched between the Pacific Ocean and rainforest-clad mountains. In most directions you can find places free from footprints. There is truth to the phrase, getting lost in nature. But what is lost? And does anything replace it? A direct experiencing of earth, water, fire and air, is an instinctive connection reaching far into our genetic past. Spontaneous insight, joy and a sense of place in the universe arise simply through being in it.

As a writer, probably the greatest challenge is tackling the big questions. ‘Who am I?’ ‘Why am I here?’ The more I delved firsthand into the world’s religions, the less I could wholly subscribe to one. Each culture imposes its own distinctions. Sacred texts are translated and Chinese-whispered over centuries. What lies beneath these subjective interpretations?

Like a silent river flows one pantheistic purpose. And carried in its streaming is a code for living. Kindness. Do unto others… You could say each of us is a temple unto oneself. If the question is asked for long enough, and with an open mind, we will become the answer.

One method of inquiry is to first write fearlessly, close to the bone. Inner and outer paths will emerge and the traversing between them begins. Just like a mountaineer who knows there are many paths to the same peak, and the closer the summit the more these paths converge. If, word by word, a writer abides in her heart, these paths of truth will appear through the clouds, and it is the task of her characters to find their way.

Stepping into another culture I am at first a witness. But stay long enough and the experience shifts into a kind of immersion. Many times my writing practice falls away, whether I want it to, or not. My perceptions, meantime, filter into memory, into pieces of a yet unformed puzzle. And later, as a story takes shape, I might call on them.

In every encounter one or more of our five senses come into play. Scents of baking bread and a muezzin’s call in an Iranian village. The weight of an elephant’s trunk on my head in an Indian temple, his warm grassy breath. The throbbing sensation in a knee as I meditate in a Yangon monastery to the clangs of a neighboring panel beater. Dappled light in a Galician orchard and the sour-sweet of fermenting apples.

My father was born to missionary parents in the Himalayan hill station of Simla. Perhaps the happiest time in his life was sailing the world’s oceans on a four masted barque. My maternal grandmother yearned to travel to India and kept books by Tagore and Kabir near her bed. Do their dreams and experiences somehow fuel mine? 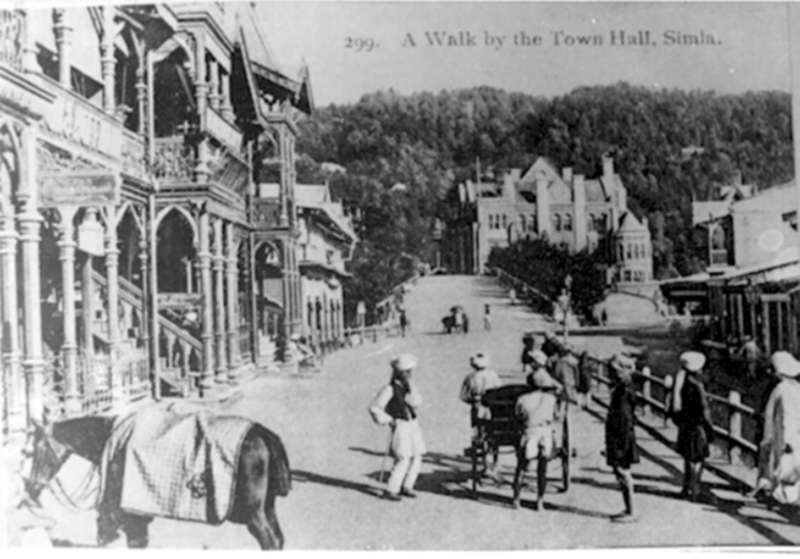 South Asian history and language was a given for me when it came time to enroll in a university. My first visit to India, during this period, was brief and I cried when I left, watching its vastness disappear into clouds. Each leave-taking I am changed. The hold of time is less sticky. My attachments too. But always there is the desire to return.

One enduring interest has been the interpretation of Hindu myths. This has culminated in my recently completed book Andal’s Garland. It was not, at first, conceived as fiction but a parallel narrative started unfolding. The writing became not only freeing, but strangely familiar.

In theosophical libraries I found classical texts of twilight language. Concealed in the tale of a girl looking for her reflection might be the explanation of a yogic practice. Walking through a temple, each room and hall entered is symbolic of the path taken within a body toward god. These hidden concepts if missed, or misunderstood, risk being lost.

History haunts the present – isn’t this the folly of humankind? – until truth is realized, then acted upon.

Although a lifelong interest, my commitment to writing moved to the fore in the last fifteen years. Composition and research now fill a good part of my day. I strive for a balance with desk-free time for my relationship, our garden, yoga and weekend markets. Below are some achievements and opportunities I’ve had associated with writing.

2007 – First prize Byron Bay Writers Festival poetry competition for In the Garden of Martyrs, a poem whose seed sprouted in Esfahan, Iran

2007 – Macquarie Bank LongLines residency at Varuna Writers’ House, in support of my book on the Camino Santiago pilgrimage.